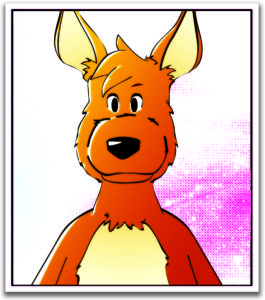 You want to know someting about me? Here we go: Who i am, how it started

My name is Norman, i was born 1971 in Stuttgart, Germany. My first computer was a Sinclair ZX81 i got from a neighbour and i also got a 64K-Memory-Expansion-Kit later for it.

The first contact with the Schneider / Amstrad CPC was 1985/86 at school at the LSH Wiesentheid in Bavaria where we had about six CPC 464 and later also one CPC 6128 in a computer-room for educational use. A few of us at school where in the computer-room always we had some spare-time and we copied Tape-Games and sold them to our classmates 🙂 Also we tried to programm in Basic and to get rid of some copy-protections those stupid tape-games had.

As i played clarinette and piano very early, i started to compose my own songs and tried to get them on cpc with those nifty sound-commands. I also tried some music-software wich was available for the cpc like “The Music Studio” and also the Noisetracker from MTI. But none of them where good enough. After BSC coded his Soundtrakker for the CPC i started to use this software and most of my sounds are done with the Soundtrakker 1.x and Soundtrakker 128K.

Over 450 sounds where coded by me from 1992 till today, and still growing. A few of them can be downloaded here in the “music”-section. I will upload all of them one day if i’ll find time to convert them to MP3. You can also listen to them at rolandradio.net

My nickname, and where it comes from.

The most people on CPC think, that my nickname “Kangaroo MusiQue” comes from the kind of music i compose or how i act on parties. Jumping around is surely one of my favourite hobbies, but the story about my nickname is this:

In the middle 80s i fell in love with a very cute guy at our school, called Dirk. He was always wearing those white “Roos” (www.kangaroos.com) , some sport-shoes wich where very popular in the 80s but also very expensive. I always wanted to get some “KangaROO”-Shoes, to be a little bit “closer” to my boyfriend in mind, but my parents didn’t want to pay for them. So i gave me the nickname “KangaROO”.

As i started to compose music on the Amstrad CPC, i met a very nice french boy, who was visiting germany for a few months and also was in my class at school. Because i composed some songs on the piano for him (he also was very cute), and i wanted to dedicate all other work to my very first lovers i called myself “Kangaroo MusiQue”.

So the whole damn nickname is just about sex 🙂