OK, its some days ago, that I arrived back from the Vintage Computer Festival Europe. It was really impressive. The location was at the Leibniz Data Center In , Garching near Munich. The Hotel König Ludwig the 2nd was great. 4 stars. Nice rooms! The party was “so lala” cause we were kicked off at 18:30 in the evening. Normally the party goes until 02:00 am but due to security reason we must leave the data center way too soon.

Mr. Ams showed me how to solder a CPC-Keyboard to USB-Adapter and I was so happy about that. My soldering station Nilquader told me to buy was well used and it was quite fun. Mr. Ams and myself had some ice cream later on Saturday in front of the hotel.

Now I need to unpack all the stuff I brought back from Garching. And as my Mr. Beam II arrived yesterday I also will be able to build a nice casing for the Amstrad CPC keyboard. hopefully. 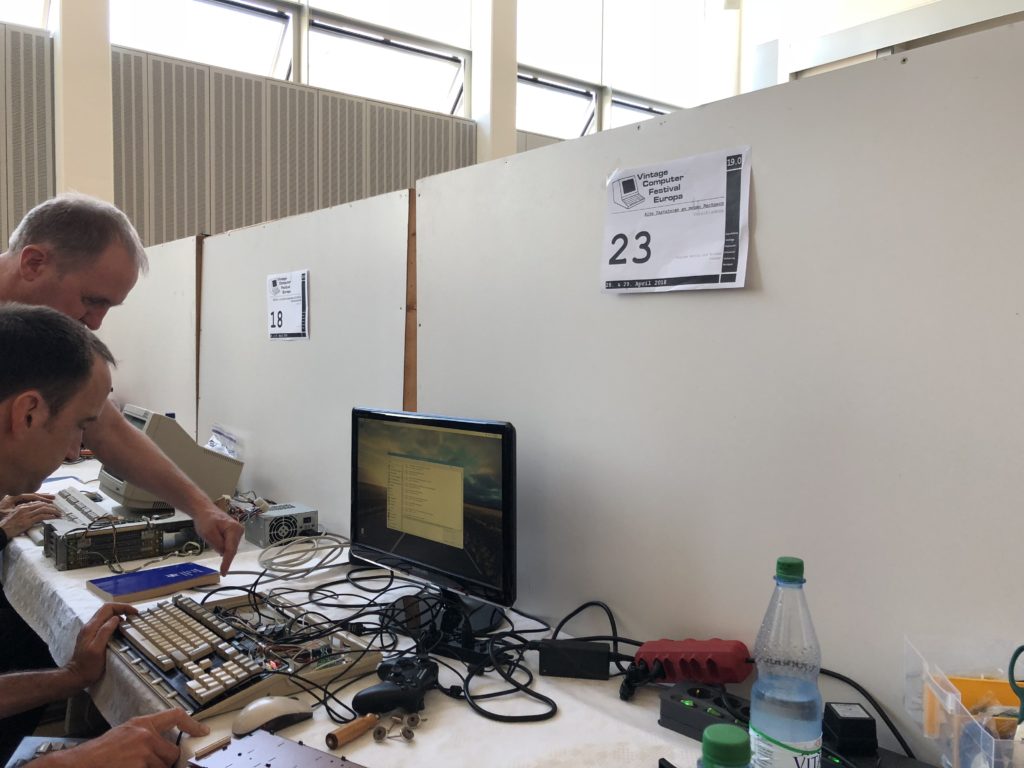